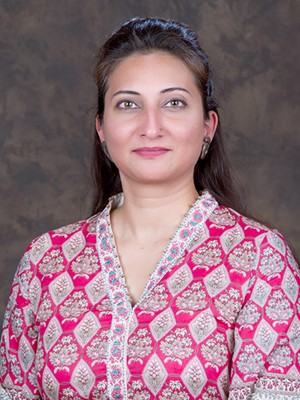 Manizhe Ali is a multi-disciplinary artist, with a BFA from the Indus Valley School of Art & Architecture in Karachi and an MA in Visual and Media Anthropology from the Freie Universität in Berlin. Ali has worked in various mediums of visual arts such as painting, video, photography, installation and performance in her artistic career and has exhibited both nationally and internationally.

Ali started out her Television career as an actor in PTV’s ‘Jinnah Sae Quaid e Azam Tak’. However, she found being behind the camera far more exciting and joined Indus Vision Television Network as an Art Director / Set Designer and was part of the launching team. From there she joined of Geo Television Network, where again she was part of the initial team that launched the channel. Ali worked there from 2002 to 2008, starting as a Set Designer and then worked as Producer. She has been associated with KaraFilm Festival as a member of the organizing committee and was part of the Berlinale Talent Campus in 2010 – the same year in which she started her jewellery brand under her own name.

Teaching has always been a passion, and she has taught art and other related subjects right from the start of her career. Ali also headed the Film program at Indus Valley School of Art and Architecture, and is currently Head of Department of the Media Sciences Department at Iqra University, North Campus.